One Million Tags on a Single Server 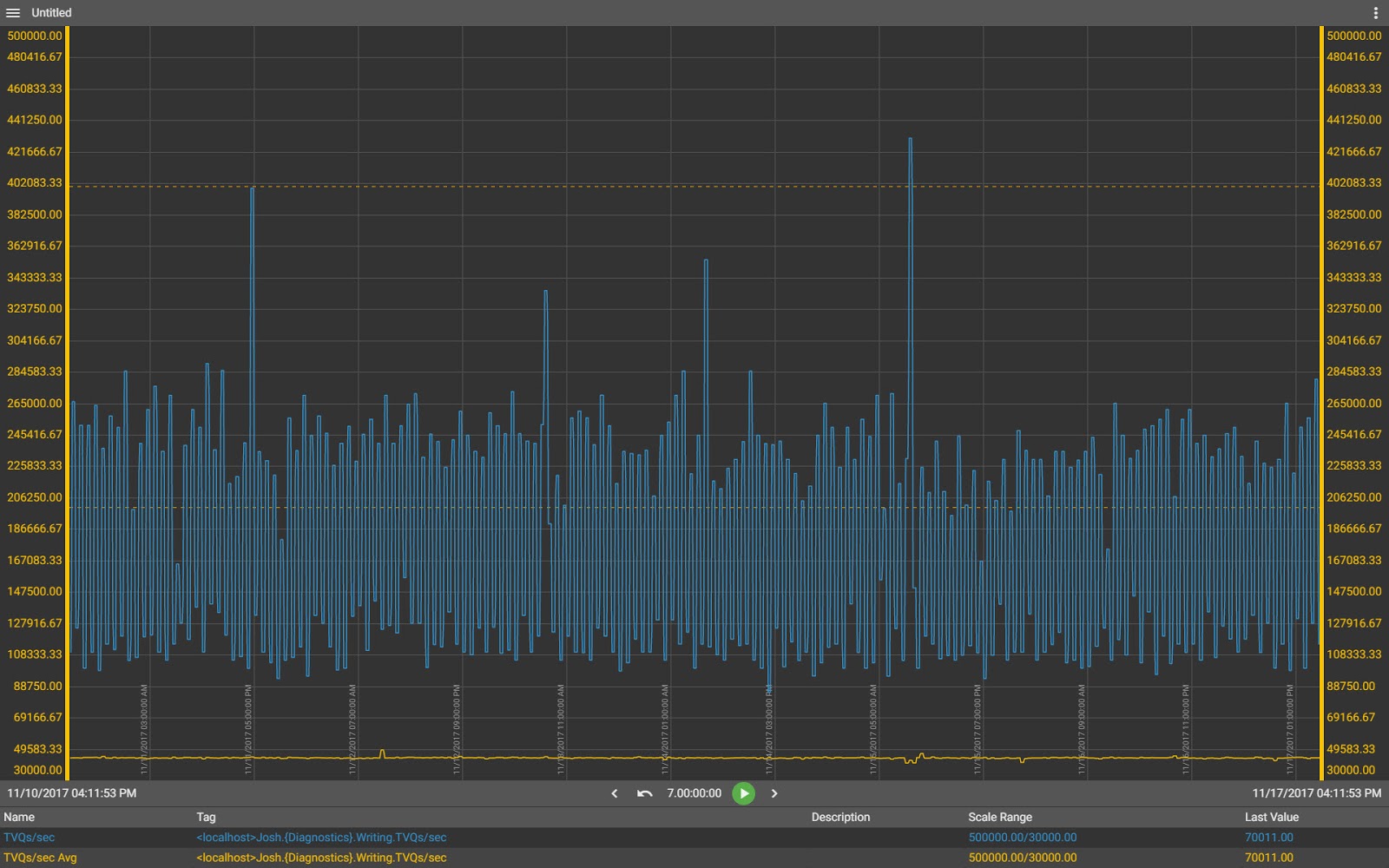 Most customers considering an Unlimited license would fit into one of two scenarios.  First, they have a facility with a large number of tags (more than 100,000) and users (more than 25), and do not want to worry about the future cost to add tags or users.    The Unlimited license is perfect for this use case. A second likely scenario would be a large network of facilities with a strong network infrastructure.  By taking advantage of Canary's unlicensed Logging Service, each remote site could have multiple loggers collecting data and migrating it to a centralized, unlimited server.  Users at each site would simple connect across the network and use tools like Axiom and the Excel Add-in remotely.  As long as the network connection from site to site was reliable, Canary would function well in this environment, especially with our Store and Forward technology which caches logged data in the event of a network outage.

To test these scenarios, we created a local server with one million tags.  The tags were logged in twenty separate 50,000 tag logging sessions.  Each log session featured unique tag resolution, ranging from one second data to five minute data.  The change rates were varied across the logging sessions as well to best represent real-world application.  As you can see from the trend chart below, the average number of tag values (TVQ) written per second over the past 7 day period has been between 40,000 and 44,000 (orange trend).  The blue trend represents the maximum number of TVQ per second in thirty minute increments.  Quite a few periods saw peaks over 300,000 TVQs per second being logged.

The server has had no complications with handling this amount of data, nor was it expected to.  CPU system usage has been very light and other than a one-time peak of usage by the historian at 49.6%, the average CPU usage of the historian has been less than 3%.

A Guide to the Best Data Historian Software: A Review of the Canary Historian Versus Rockwell FactoryTalk or OSIsoft Pi